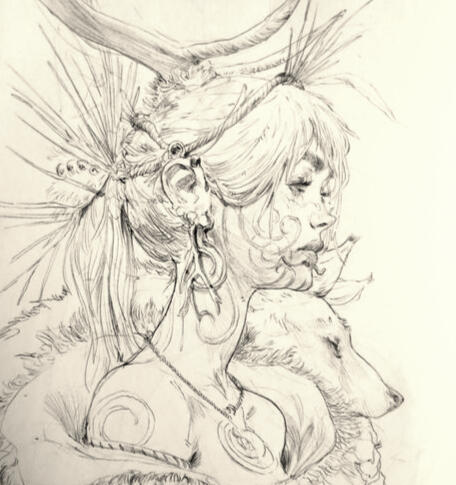 A Field Guide to
Behl of the Okhaali

still a wip, excuse the mess 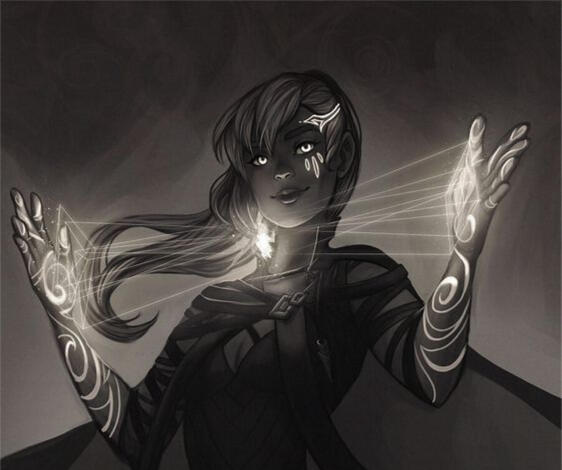 When people were in serious trouble they went to a witch. Sometimes, of course, to say, “please stop doing it.

Direct studies and observations of one Behl Okhaali:Name | Behl, sounding like the common word bell.
Gender | Answered she is a woman of the clan.
Orientation | Uncertain. May be Pansexual from what we can determine.
Moral Compass | Has a very neutral stance on many moral stances. When her lands, kin, or people she cares about are involved this can wildly change into direct action.
Relationship Status | Not currently attached
Voice | A quiet drawl, slow and measured unless she touches on a topic of interest, the tone of which rises to high pitches during moments of excitement.
Age | Difficult to pin down visually and she does not seem forthcoming with a number. Mature, but without wrinkles yet forming around the corners of her eyes. Perhaps late 20's, early 30's?
Born | Somewhere deep within the Black Shroud
Citizenship | Possesses the Gridanian stamp
Current Residence | Alternates between the Okhaali Clan territory and housing in the Gridanian Lavender Beds District.
Magical Disciplines |
BLM/AST/WHM >> Custom blend of Geomancer/Conjurer
Other Disciplines |
Bontanist, Weaver (tribal baskets, textiles) BRIEF SYNOPSIS APPEARANCEHair | Due to her clan's traditions in weaving, she frequently uses styles that incorporate braids and plaits.
Eyes | Mossy green. In the dark they shine "bright as the green corn moon," as she likes to say.
Build | Short, even for a Miqo'te. Endomorphic. Curvy to the point of being chubby. Small and quick, despite her softer features.
Distinguishing Features | Wears glasses at times. We are uncertain what the reasoning for this is, as she does not appear to need them for reading. Light colored tattoos - tribal but also delicate patterns. 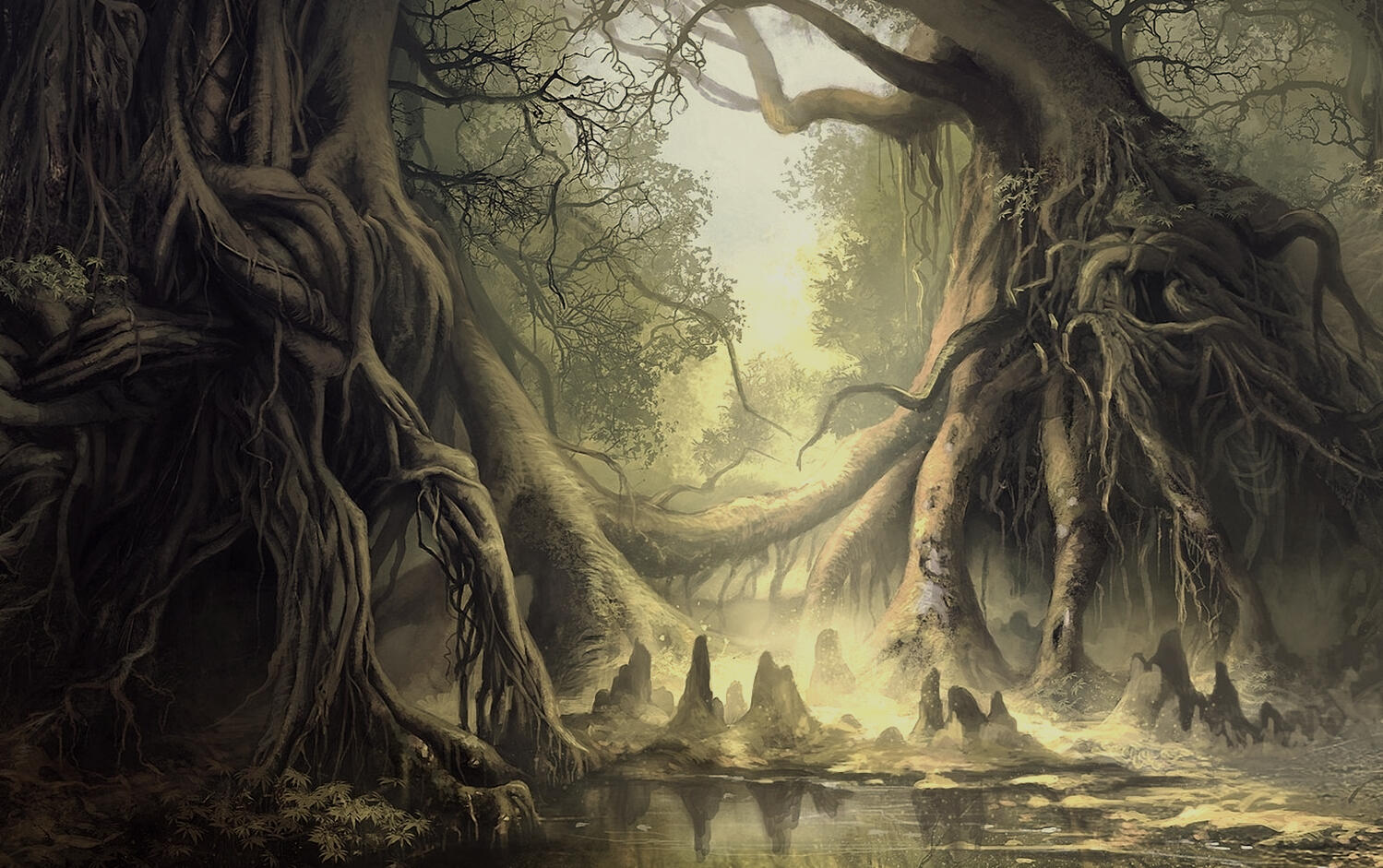 "A witch ought never to be frightened in the darkest forest, because she should be sure in her soul that the most terrifying thing in the forest was her."

PERSONALLanguages | Common, Huntspeak
Professions | First and foremost, a wandering witch. She flits about between other sources of employment as well, for one would struggle to call being a witch a job - it’s more of a lifestyle. Inside the clan, this role is seen as more of a shamanic status.Behl picks up odd jobs instead of settling into one narrow path - there’s always more work to be done. Employed by Eorzean Geographic to study and document the natural world. Her notebooks and drawings fetch a nice sum of gil, though she's put off by the woman in charge calling her by a number instead of a name.Maintains a good relationship with the Bontanist Guild. Runs a small herbalist shop out of her Gridanian (tree)house. Hours run by appointment only, of course. As the demanding nature of Old Sharlayan clients oft drive her away, she takes on Gleaner jobs from time to time.Growing up the shroud created an interest in old crumbling ruins and forgotten civilizations. Behl occasionally provides a set of hands as an archeology assistant - helping with the recovery and analysis of materials. She isn't the most well versed in this area, but her curiosity drives her to learn more.Skills | Harvesting rare herbalism components. A decent sketch artist and watercolorist. Aetheric tattooing and acupuncture style treatments. Augury / Oracle-sight. Healing magics - she can heal people but doesn't seek out such jobs, believing that fate will bring her into contact when necessary and directing her focus instead towards connecting with the natural world and healing it during her travels.
Aetheric Affinity | Struggles to produce fire and water spells. Especially good at reading aether and working with it, as is common with her clan.
Pursuits of Leisure | Traditional weaving, beekeeping, wood whittling, traditional keeper cooking and land cultivation (indigenous style).
Religion | Old Miqo'te beliefs.
Patron Deity | Worships the threefold goddess of the moon, in her states of waxing/waning crescent, quarter full, and full moon appearances. It appears to be an old Miqo'te diety drawing from aspects of Menphina, Nophica, and Nymeia. Many other minor gods and spirits are worshiped or given favors.RELATIONSHIPSKeeper Clan Bloodlines | The Okhaali people are excellent artisans and craftsmen, but the cornerstone of the clan lies in the use of textiles and weaving. Using natural vegetable dyes made from minerals, flowers, bark, herbs, and roots; colorful swaths of fabric are made and carefully cut into geometric patterns to be sewn into quilts. The quilts play an essential role of spiritual significance in the lives of the keepers. Highly proficient in this specialized type of weaving, they're also able to imbue the maker’s own aether into geometric patterns comprising the quilts. Each one has its own purpose and power, most often aimed at promoting health and good fortune, when sold to the public. Although important, quilts are not the only trade-craft made by the Okhaali clan, though they are most known for these trade goods. Outsiders step carefully around them, as they're also known for bringing people to justice once nature's ire seeks to claim someone tainted with Woodsin.
Parents | Mother - . Father - .
Siblings | Sisters - 3, Brothers - 0
Other | Cousin to Viju
Pets | Two birds, one solid white and one pure black. Miscellaneous injured creatures of the shroud who she cares for until they're well enough to venture back out.INVENTORYBundle of homespun threads and knitting needles. Satchel stuffed with god’s know what.

All witches are a bit odd. It’s best to get your oddness sorted out early. 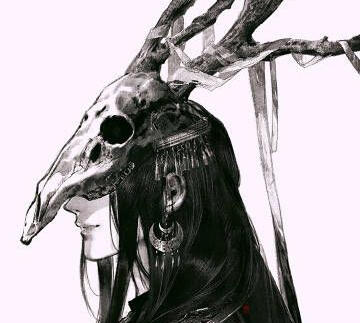 There’s always been someone watching the borders. They didn’t decide to. It was decided for them. Someone has to care. Sometimes, they have to fight. Someone has to speak for that which has no voice.

INSPIRATIONS
Mushishi
Girl from the Other Side
Otyken
Miyazaki films in general
Traditional ways of indigenous peoples the world over - Siberian and Native American to name a few.
My grandmother and her forestSite quotes by the wonderful Sir Terry Pratchett 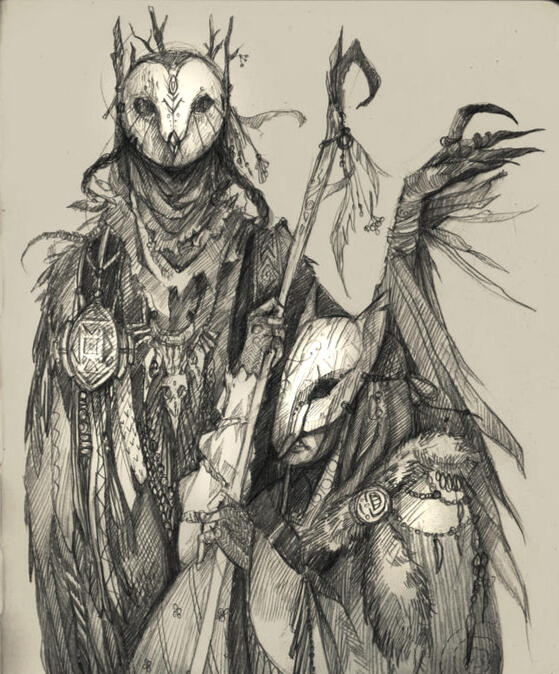 This was when you started being a witch. It wasn’t when you did headology on daft old men, or mixed up medicines, or stuck up for yourself, or knew one herb from another. It was when you opened your mind to the world and carefully examined everything it picked up.

Healing:
Magical Tattoos:
Tribal Connections:
Shamanic Practices: Blessing a new house/weapon, giving death rites, welcoming a new child, performing a wedding, etc. Can perform matching making services from readings (used in RP for comedic scenes and bad dates).
Fortune Readings: Performed in natural places, where the witch and the questioner will walk together and answers are determined by what they find in nature - be it objects on the ground, local fauna, or other signs.
Aetheric Gardening: 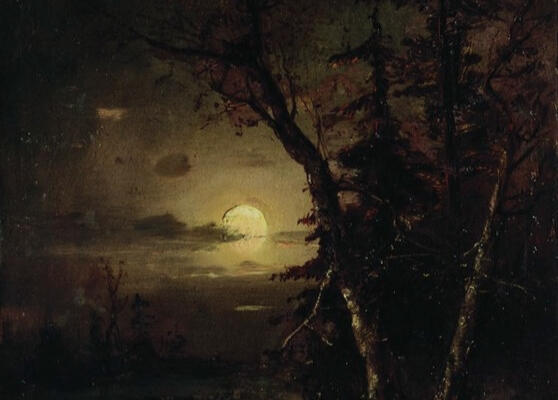 "A witch ought never to be frightened in the darkest forest, because she should be sure in her soul that the most terrifying thing in the forest was her."